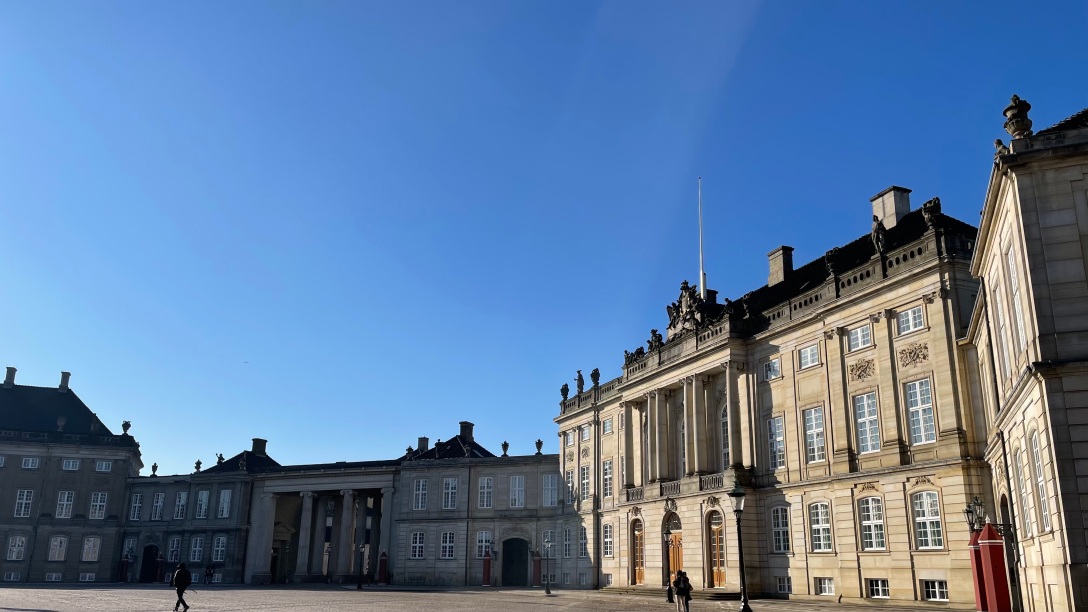 One blaring difference between the United States and Denmark (and one of the more exciting aspects that lead me to choose to study abroad in Denmark)  is the Danish monarchy, of which the U.S. obviously does not have. In this blog post, I will attempt to breakdown all you need to know about the Danish monarchy (what they do, who they are, some brief history, etc.)- as it is informed by my course, “Royalty in the Land of Equality”.

The Danish monarchy is one of the oldest in the world, dating back until the year ~900 (aka Viking time) in a continuos inheritance line. The first (known) king of Denmark was Gorm the Old (958). By the 1200s, with a sparkle of progressiveness, the new king had to sign a coronation charter, which essentially “checked and balanced” his power. (Also, since this was “back then,” misogyny totally raged aka male inheritance only.)

According to many Danish children’s textbooks, former King Christian IV of Denmark and Norway (coronated in 1596) is the most important king in Danish history. To sum up his long history into some short sentences, he pioneered an insane amount of Copenhagen’s architecture as we see it today (but only kind of because a lot of it burned down); for example, he built the Old Stock Exchange (Børsen), the Round Tower (Rundetårn), and the castles of Frederiksborg and Rosenborg. Of course, he built more than those previously mentioned, but these were his most notable architectural works. Historically, he is comparable to the “Louis XIV” of Denmark. He literally and figuratively placed “Denmark on the map” as a place to visit, trade with, explore, and study in. His cultural impact is still felt to this day, as his large ego probably intended it to be–but c’est la vie. Because of his power-hungriness, Christian IX trended the Danish monarchy towards absolutism (while also putting Denmark in an astronomical debt to fund all of his extravagant projects).

So, in 1660, absolutism was introduced to the Danish monarchy. This period ended on June 5, 1849 when the democratic constitution changed the monarchy from absolutist to constitutional, which is what it stands as today.

In 1953, the Act of Succession (thankfully) changed the rules of inheritance to include women, allowing Queen Margarethe II to ascend the throne in 1972.

2022 marks 50 years of Queen Margarethe II as the Danish Monarch. (This is a big celebration here in Denmark; I have seen many “50 years” cakes and other peraphinillia for her big year.) In the picture below, Queen Margarethe II is standing in the middle wearing a pink dress. Directly to her right is Crown Princess Mary, who is the Australian wife of Crown Prince Frederik (far left). They actually met at a bar in Australia during the 2000 Sydney Olympics before they fell in love. Crown Princess Mary is adored for her commitment to Denmark, learning Danish after moving here, and continuing to take part in the cultural aspects of the Danish monarchy. To the direct left of Queen Margarethe II is Prince Christian (the to-be crown prince after his father takes the throne). Prince Christian is the eldest child of Princess Mary and Prince Frederik. They all live in Amalienborg Palace, which is actually open to the public (and the picture featured at the top of this post)!

For the Danish monarchy today, they blend in society as ordinary citizens, or attempt to do so. The royal children attend public schools, they go to sporting events, ride bikes in public, and exist as normal people. (It is a rather striking contrast to the lives of the British monarchy). Because the monarchy is constitutional, it does not have any political power. Instead, it stands as an unbiased and apolitical head of state. Though the Queen does officially appoint the new regime, she is not allowed to have opinions on the political matters of the day. However, in circumstances like the Coronavirus Pandemic, she is able to bring together her people for the collective health and safety of Danes. Thus, the Danish Monarchy stands for Danish culture, values, and identity.

View all posts by Danika Cho